Today the Senate will open debate on increasing the U.S. debt limit by almost $800 billion. Bushie and the Republicans are basically bankrupting America. There is no question Congress will increase the debt limit because without the increase government checks will bounce.

The debt is growing at an unsustainable pace and we will be paying for Bushie's debt accumulation for decades. 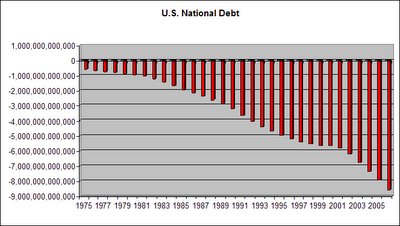 Bushie has added more debt than any President in history and at his current pace, by the time that he leaves office, he will have added about $4 trillion to the national debt. Before Bushie took office, the debt was under $6 trillion and Clinton was making payments on the national debt - not adding to it. 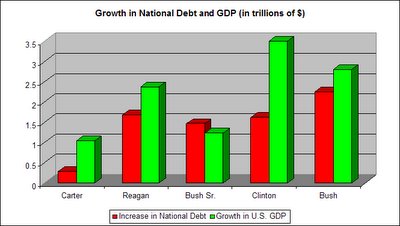